Painting the Muslim world with a single brush: Reflections on living in a Muslim majority country 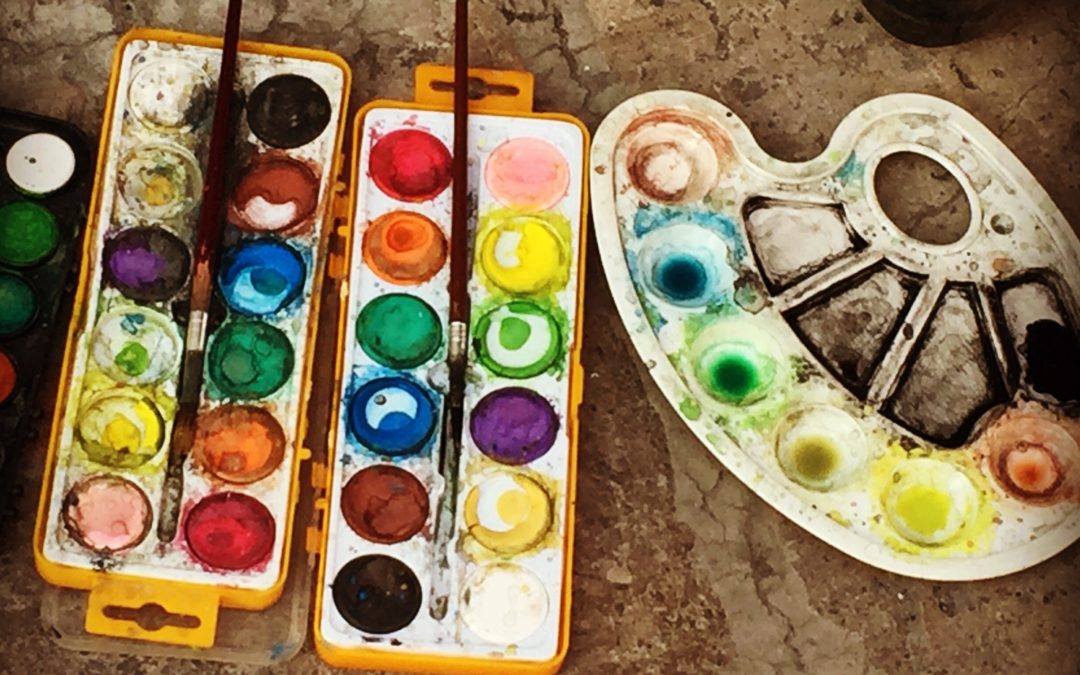 Recent events in Europe, the U.S. and around the world have been horrific and difficult to process.

I’ve been watching the news reports from my apartment in Europe and noticing the proliferation of comments on social media.

The other morning as I checked my Facebook feed, I noticed this video:

I’ve always appreciated Reza Aslan’s thoughts  as an articulate and informed commentator when it comes to speaking on Islam and the Muslim world. And even though this video is from about a year ago, I found it all the more relevant in light of current events. It delves into a subject I wish more people took the time to understand.

The problem with using a single brush

In this video, Reza points out our inclination as Westerners to paint the Muslim world with a single, broad-brush stroke. We tend to lump it all into one package, referring to Muslim countries as places that subjugate women and promote extremism and violence. We argue that these elements are a direct result of the presence of Islam.

But Reza notes the absurdity of this, referencing the stark differences between societies in Iran and Turkey, Saudi Arabia and Indonesia, Afghanistan and Albania.

And if you’ve taken the time to learn about or visit these countries, you know his point is a valid one.

Why the broad-brush approach doesn’t work

I’ve been living for the last several months in the country of Kosovo – a nation in which there’s a 95% Muslim majority.

As I’ve noticed social media posts from friends across the ocean, I’ve seen some very thoughtful, well-reasoned information shared. But I’ve also seen some articles and comments that can only be explained by lazy (or no) research.

I know there are many sides to these issues and lots of arguments to be made, likely without easy answers. So I’ve simply decided to share my own story in hopes it can add to the conversation.

As someone living among a Muslim majority, I’ve been able to have an experience many Americans have not.

And I want to challenge the thinking behind those who are posting news articles that promote a general fear of the Muslim world.

I want to specifically address my American friends who are hearing and buying into the narrative that says they should fear all Muslims. And I want to address my Muslim friends because the world needs to hear from you.

Men and women walking near Mother Teresa Square in Prishtina.

To do this, I’ll take some of the broad-brush generalizations I’m hearing about Muslim nations and apply them to my current country:

Muslim countries subjugate women
This morning as I write this blog, I’m sitting at an outdoor café full of men and women. They’re mixing, laughing and chatting with each other freely. A few women who walk by are wearing head coverings, but most of them are not. They are dressed the same as you’d see in most European capitals. They work, drive cars, go to school, travel freely. They are leaders, and many hold high positions – in fact, Kosovo’s president is a 40-year-old woman. This doesn’t mean there isn’t a significant gender gap here just as there is in many countries (including mine). But the stereotype of women systematically subjugated to men is not reality in this capital city.

Muslims hate Christians (and especially American Christians)
I’m an American and a Christian, and I’ve never been treated so well as I have in Kosovo. I’m not afraid to tell people where I’m from, and when I do, I’m usually greeted with an exuberant “You are welcome in Kosovo,” followed by questions about how I find it here. I’ve received nothing but exceptional hospitality in Kosovo. I’ve been invited to coffee, tea and into family homes for meals. And my faith has never been an issue.

Muslims are intolerant of other faiths
If you travel to Kosovo’s capital city, one of the tallest buildings you’ll see is Mother Teresa Cathedral. It’s still under construction, but once finished, it will be the largest cathedral in the Balkans. It’s aptly named after Albanian-born Mother Teresa who is beloved and revered here by Kosovar Muslims and Christians alike. I attended Mass here on Christmas Eve, and the service was attended by many from across the city who came together to celebrate. Every Sunday I am free to travel to the church of my choice, and my Catholic friends are free to attend their services and celebrate their holidays. Catholics and Muslims here acknowledge, and sometime celebrate, one another’s holiday traditions in respect for on another.

Muslim countries are not safe
This one makes me laugh, really laugh. I have lived in several large cities in America, and in most of them I would never walk alone at night, and in many cases, not even during the day. Right now I live downtown in Kosovo’s capital city, and I regularly walk to meetings alone, walk in the city park alone, take taxis alone. It’s not unusual for women to walk alone at night here. No one has ever bothered me or made me feel unsafe. Violence of this manner is not tolerated and is almost unheard of in this culture. So when Americans ask me about my safety, I always smile because they’d realize what an absurd question this is if they’d visit here.

I’ve offered just a few examples, but here’s my point:

If I can easily discredit a few basic stereotypes by sharing my experience in one Muslim country, imagine if you were to take an honest look at the others and seek first to understand before you decide to fear.

Imagine if instead of painting Muslims in one, broad-brush stroke, you saw the possibility for nuances and textures.

A challenge to my American and Christian friends

For those sharing information that paints a broad brush, lumping this world into one violent, repressive group of jihadis—please consider what I’ve shared. Please take the time to learn and ask questions. Initiate a conversation with a Muslim in your community. Find out about their lives, their family, their faith.

Seek to understand before you fear.

It’s easy to share an article on Facebook. But the hard work comes in reading the fine print, analyzing the argument, vetting it against factual and historical information that’s available. The hard work comes in simply taking the time to walk across the street in order to get to know a neighbor who’s different from you. It comes in doing the work necessary to learn about what might distinguish a thoughtful, non-violent Muslim from a violent extremist. You might be surprised at what you find.

A challenge to my Muslim friends

Please don’t be silent. The world – especially those in the West – needs to know more about you. It needs to understand who you are, what you believe and how you live. It needs for you to articulate the difference between your beliefs and those of extremists. You are too often a silent majority, and my hope is that you find your voice, that you find ways to articulate your beliefs not only in your own countries, among your own people, but also to those around the world. In whatever way you can, share your stories.

Because we all need to seek to understand — before we fear.